As you may or may not know, my roommate Yalda is pursing her Master’s in music performance here in Istanbul. She plays a traditional stringed instrument called the tar, which originates in her native Iran, and her studies and thesis focus specifically on music from various regions of her country. She and other Iranian (plus a Greek and Brazilian) musicians planned and practiced all year for a concert that they were to perform last week, but current events made the areas around her university too volatile, and the event was cancelled. Yalda’s family, though, had flown in from Iran specifically to see her perform, and so instead of abandoning the project altogether, the venue was simply changed to our apartment’s living room.

The ensemble ready to perform.

Her family and a some close friends made it a full house, and the atmosphere and entertainment were wonderful. I was able to take a few videos of some of the songs to give you an idea of what the various instruments look and sound like (I’m not too familiar with the video settings on my camera, though, so please forgive the occasional focus issues). Having listened plenty to Yalda practice by herself, it was interesting to see the other instruments and hear the completed sound with all the parts represented.

After the concert, people lingered for socializing and, eventually, dancing, which, despite my best efforts, made me look a complete fool. Thankfully there’s no evidence of that (at least that I know of)… But here’s more music to enjoy! 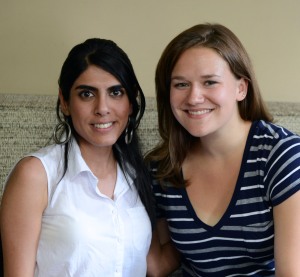