Next up after our hiking days was a short stretch in the Czech Republic’s famous “fairy tale” town, Cesky Krumlov. I had never heard of the town before doing research for this trip, but everyone seemed to think that it was a necessary stop on any Czech Republic itinerary, so I made sure to plan for a short day there.

As would prove to be the case with most of our travels within the country, getting there and back was an unexpected adventure, with our direct train turning into a surprise train-bus-train marathon due to construction on the tracks. But, as always, Ben and I triumphed and emerged victorious, if slightly irritable. We arrived in the small town just after nightfall, but waited until the next morning to do any real exploring.

We awoke to a cold and foggy morning. The town was undeniably charming, and our early start, in addition to it being chilly low-season, allowed us to wander in quiet and solitude. It was during this early morning walk that we discovered the Czech “trdelnik”, a pastry wrapped into a cylinder, heated, and covered in your choice of various toppings, most commonly cinnamon-sugar or chocolate. They were dense, warm, and delicious, and when paired with hot chocolate, made a pretty much unbeatable breakfast. 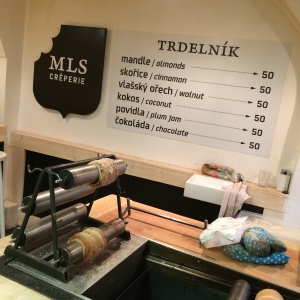 Our stay in Cesky Krumlov was not a long one, but we didn’t need much time and soon discovered that there was little more to the town other than what we could already see from our hostel. It was quiet and picturesque, and really exactly what you might expect from a “fairy tale” town — there was a big, open castle on a hill with high walls and beautifully tended gardens; a lovely winding river with bridges and banks; adorable, colorful buildings housing shops, restaurants, and hotels; narrow cobblestone streets with the smells of bakeries and the sounds of friendly voices; and various towers and churches rising over everything. They even have a pet bear, and I half expected the local residents to burst into perfectly harmonized song at some point. It was quaint, picturesque, and, I won’t lie, somewhat Disneyland-ish, with how perfect everything appeared.

So, we didn’t stay long, but I’m glad we made the visit. Check out some pictures! I’ll be back soon with a post on Prague, but in the meantime, all my love! 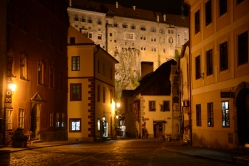 We arrived in Cesky Krumlov around 5pm. Not too late, but already dark! 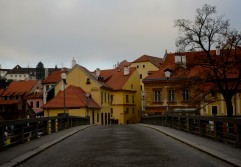 We awoke in the early cloudy morning. 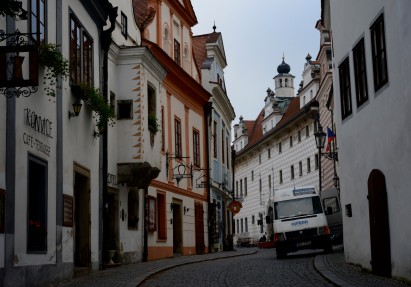 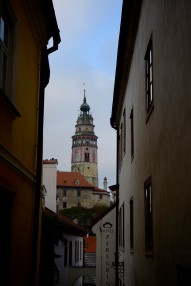 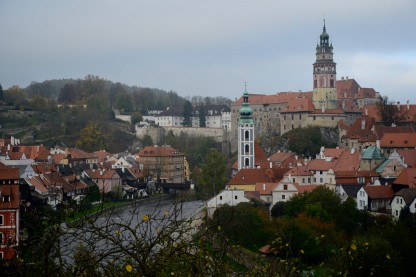 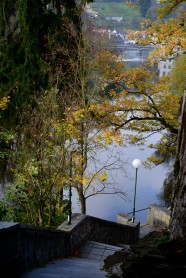 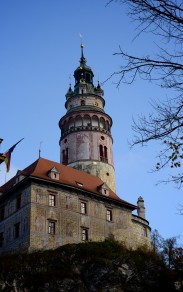 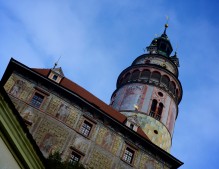 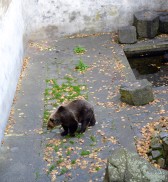 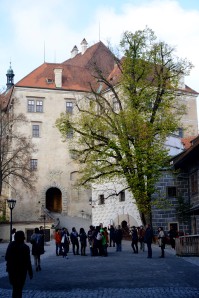 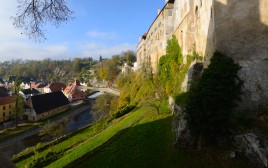 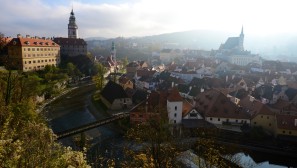 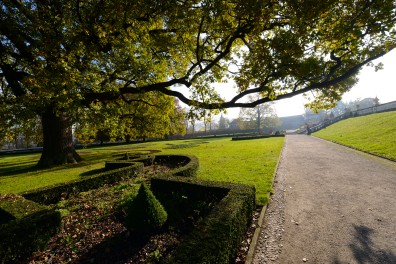 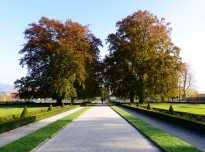 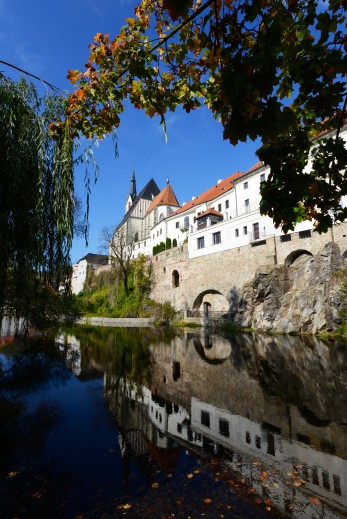 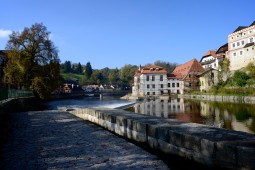 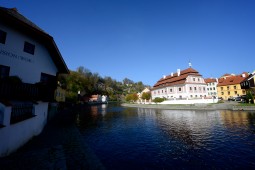